The 32nd annual Canada National Japanese Speech Contest (NJSC) was held online on Sunday, March 28th, 2021. The event featured a total of 23 contestants representing their universities across Canada. Out of the 23 contestants, there were 3 students from the University of Calgary representing Alberta: Kelly Ma in the intermediate category, Tiffany Chang in the advanced category, and Niran Pon in the open category.

Kelly Ma is currently majoring in Astrophysics. Her speech, “Potato”,  talked about how there are similarities between potatoes and people; including how they both represent love and knowledge. Tiffany Chang is pursuing a degree in Computer Science. Her speech, “A New Connection”, expressed a sense of disconnection following the changes the pandemic has brought into our lives. She went on to express that thanks to the internet, however, new connections have been formed. With her meaningful speech, she won second place in her category. Niran Pon is also majoring in Computer Science. His speech, “The Other Side of Disgust”, described the surprising amount of depth to the world of Japanese idol fans and suggested that the exterior of Japanese idol fans may appear awkward, but the friendships and experiences acquired among them is irreplaceable.

Congratulations to all participants in this year’s National Japanese Speech Contest. Once again, congratulations to Tiffany on her success. A special thank you to the Japanese instructors Yoko Kodama, Hinako Ishikawa, Akiko Sharp, and Masako Shimada. We deeply appreciate the hard work and support from our instructors, as they are indispensable to the success of all participants. We look forward to seeing more University of Calgary students participating in the speech contest next year, and also, to see the interest this contest generates in the future.

The Canada National Japanese Speech Contest was established in 1989 under the auspices of the Japanese Embassy in Ottawa in order to promote Japanese language education in Canada. Consulates General of Japan, universities and corporations have provided amazing support and assistance in making this event very successful and important to the Japanese community. Each year, many students from the University of Calgary enter the Alberta district contest, proceed to the National contest and come back with great results. 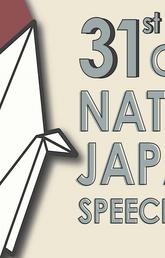 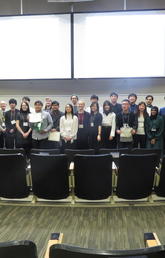 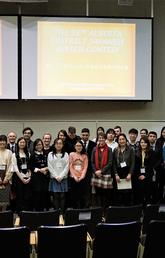 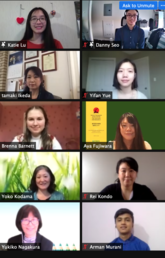 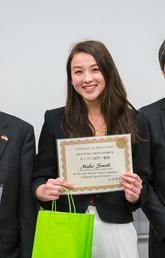 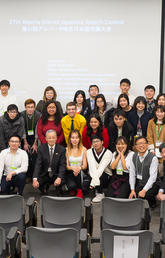