Twenty-three years ago, SAPL architecture professor Marc Boutin did what many design professionals dream of – he started his own firm. A Vancouver native by way of Quebec, he moved to Calgary where he started teaching at the University and simultaneously launched a small private practice, Marc Boutin Architect. That practice, fueled by indelible cultural experiences working and living in Europe, led to the Marc Boutin Architectural Collaborative as the firm has been known since 2005.

While working in Barcelona as a newly registered architect, Boutin realized design was not considered a luxury or frivolity in the Catalan capital, but essential to how its people operate. Seemingly, every space was well designed, and large public spaces were intentionally created to make people feel comfortable – an ethos that really resonated with him.

Boutin encountered a similar sensibility in Rome, where he spent a year upon winning the prestigious Prix de Rome. His time there reinforced the notion, distilled from Nolli’s Map of Rome, that public architecture is ultimately responsible to the public.

He returned to Calgary buoyed by what he’d experienced in Europe and determined to embody it in the work he would produce here, starting with the physical location of the MBAC office. They began in a tiny storefront, right off 1stSt SW – passed by hundreds of city workers on their way to and from work each day. Later they would move to their current location on the street level of 9thavenue and 1st St SE, near the Glenbow and Arts Commons. Calgarians walking or driving by, catch glimpses of the office busily at work creating the iconic public spaces that are the foundation of the firm’s reputation.

When asked how MBAC came to do the work that it does, Boutin chalks some of it up to timing and a bit of luck. When he returned to Calgary after the stint in Rome, the City was ready and eager for “ideas outside the conventional realm of delineation of public spaces.” It was an economically prosperous time for Calgary, and there was a desire to make it a world-class city. In Boutin’s mind, Calgary would have to be a great place to live in order to retain the brightest minds. And in order to be a great place to live, it needed to have great public spaces.

After winning some awards for an Eau Claire Plaza design, MBAC was approached to work with the existing design team on Memorial Drive. Their efforts led to a leadership role with the internationally cited, award-winning Poppy Plaza and the work grew from there as the firm started doing more public spaces including an award-winning pavilion in Edmonton.

Tony Leong (MArch’99) has worked at MBAC for a number of years, having crossed paths with Boutin as a graduate student at SAPL. “For young students like me interested in doing critical architecture, [Marc] was a kind of role model.” Working at MBAC, Leong explains, “we are constantly pushing the boundaries of critical architecture. There are students who are out there, that’s what they are interested in doing – building projects - it’s the kind of culture Marc has built up. Good design doesn’t just manifest out of thin air, it takes a lot of time and intellectual rigor to take a project where it needs to be. This is the benefit of Marc having an academic focus – all projects aspire to be critical architecture, not just buildings.”

MBAC has won a prodigious amount of awards in the last few years, leading up to this year’s most prestigious national award from the Royal Architectural Institute of Canada (RAIC): The RAIC Firm of the Year. For Boutin, it is very much a shared award between all the people who’ve worked at MBAC, and he is understandably proud of this achievement because it recognizes the firm’s body of work as well as its contribution to the profession of architecture. Teaching at SAPL, mentoring student interns and hiring alumni are integral parts of that contribution, as well as his service on various boards.

Leong agrees, “some of the [jury] comments spoke towards that lineage of always trying to do interesting things regardless of scale or program, and that’s been the mantra of the firm since the very beginning. We don’t want to be experts in one thing, we would prefer to be knowledgeable in lots of things – many different scales and programs and our project resume shows that wide variation in project type and scale.”

When asked the inevitable question of what’s next for MBAC, Boutin indicates a continuous desire to educate and to expand the firm’s reach beyond Alberta. “As architects in a young city like Calgary, we have a commensurate responsibility to educate. To do great design we have the added responsibility to be very clear about the context for success – the functional, operational, and economic context. How can architecture contribute beyond simply providing function?” 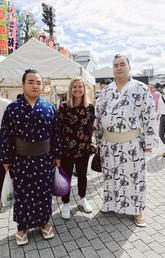 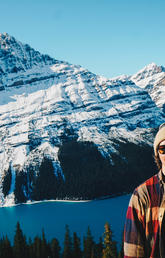 In the News: LiveWire Calgary