New funding from Canadian Western Bank adds support for the program, as well as support to the Writing Symbols Lodge for the Indigenous Student Access Program (ISAP).

For the 2021-2022 academic year, there were three students at the Haskayne School who were a part of the mentoring experience of the Ch’nook Scholars Program: Kiara Johnson, Emily Parker and Portia Torigoe.

“I just feel very comfortable when I can go into a space and there's people giving that good native laugh,” says Kiara Johnson, who is spending her summer working with Indigenous Financial Services at ATB. “It makes me so much happier in that space, especially when it's in a university setting because you don't really see that too often.”

Johnson grew up in Maskwacis in central Alberta and is the second generation in her family to attend post-secondary. Her sister is also attending UCalgary working on a master's degree at the Schulich School of Engineering. Johnson did not know what she wanted to pursue after high school and tried business at the encouragement of her mother, but it has not always been the perfect fit for Johnson. Discussions in class that seemed to prioritize profit over people had her considering a different path, but her Indigenous Studies courses, combined with the Ch’nook Scholars Program, have set her in a new direction.

“Bringing together Indigenous and business knowledge is very much my main goal in terms of my career plan,” says Johnson. “I think there's something I could do here, kind of put these things together. I’d really like to be in a space where I can help bring in that accessibility to help everyone.”

“I didn't live on any First Nations land. I was raised in a town and I didn't really get too much introduction to culture,” says Emily Parker, who is majoring in accounting and data science. For the summer, she is in Vancouver working in audits for PWC. “This year has been really wonderful in the introduction to culture, as well as the opportunities to connect with other people within the various cultures.”

“I realized my mind had to be opened to the amount of business needs, the need for Indigenous relations and how many opportunities there are,” says Parker. “I didn't even know some of those careers existed.”

“I was able to see a stark difference between this and other scholarships that you just apply for,” says Portia Torigoe, who is looking to international business for her concentration. “I really felt engaged throughout the entire year.”

Initially, Torigoe sensed a disconnect between being Indigenous and going into business. She felt lost as to how to make the connection between her growing identity and how she felt she would be required to operate in a business environment. The Ch’nook Scholars Program showed her that it is possible to bring both together. For the summer, Torigoe is bringing this integrated skill set to work helping an oil and gas company as a summer intern for a joint venture.

“We've been seeing in the business world a growing movement towards more diversity and inclusion,” says Torigoe. “All it takes is just a little bit of a role model and having the example shown to you. That's kind of what my goal was going into the program and I guess going into business, as well.”

The Ch’nook Scholars Program has been at Haskayne for 10 years, supporting up to four eligible students each year. Applications for the program are due in August.

ii’ taa’poh’to’p, the University of Calgary’s Indigenous Strategy, is a commitment to deep evolutionary transformation by reimagining ways of knowing, doing, connecting and being. Walking parallel paths together, "in a good way," UCalgary is moving towards genuine reconciliation and Indigenization. 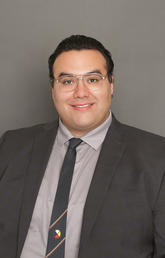 Partners in reconciliation at the Haskayne School of Business 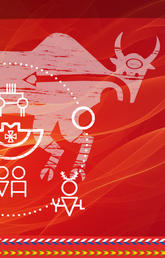 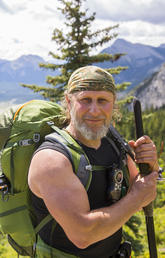