When most people think of cell regeneration and the medical treatments this technology enables, their minds usually go directly to skin cell regeneration for burns and other severe injuries. But regenerative medicine goes far beyond skin grafts.

Regenerative medicine covers everything from stem cell therapy to cell reprogramming and gene editing, and holds great promise for the treatment of conditions from diabetes to Parkinson’s disease.

The University of Calgary has expertise across a wide range of fields related to cell regeneration and not all in the faculties you’d expect. The Faculty of Veterinary Medicine (UCVM), under Dr. Jeff Biernaskie, PhD, professor of stem biology and regenerative medicine, and Calgary Firefighter Burn Treatment Society Chair in Skin Regeneration and Wound Healing, has been leading research for years to better understand how regenerative therapies can be used to improve the healing of severe injuries.

The Schulich School of Engineering (SSE), under Dr. Michael Kallos, PhD, a professor in the Department of Chemical and Petroleum Engineering, and director of the Biomedical Engineering Calgary Initiative, has been developing technologies to safely and reproducibly grow stem cells — whether they be skin cells, neural cells, or cells in any other part of the body.

Promising technology, but not without its challenges

But for Kallos and his team, there’s always been a challenge: “There are major gaps in translating discoveries in regenerative medicine from the lab to clinical applications involving humans and other large animals,” he says. “It’s hard without examining the potential therapy in a large animal model, to accurately predict if therapies will be effective for human disease, while at the same time ensuring safety.”

Growing cells can be a tricky thing — even when produced naturally. Sometimes our bodies still get it wrong, growing cancerous cells instead of healthy ones. So, when growing them in a lab, researchers must be incredibly careful that the stem cells they produce are consistent and remain that way when used in treatments — a big challenge when you think about how many cells can be needed.

Biernaskie uses skin grafts as an example. Engineered skin grafts are sometimes required when a burn is not only severe but also large. He says a skin graft to treat a large burn could be made up of billions of skin cells. But when you are growing those cells in lab before assembling them into a skin construct, how do you ensure that they have retained their original function? How do you ensure that a subset of cells has not become abnormal? Because it only takes one bad cell to create a huge problem for the body.

Kallos and his team have developed methods using computer-controlled bioreactors that allow them to grow stem cells in a controlled and regulated environment. It’s incredibly complex technology that provides a standard for manufacturing stem cells in a sterile environment that doesn’t exist anywhere else in the world. But that doesn’t mean there still aren’t challenges.

Michael Kallos is the co-lead for C2T2.

“Although small animals like mice are cost-effective and excellent models for genetic manipulation, mice do not always accurately model human physiology — for example, human skin looks and heals very differently than a mouse,” says Biernaskie. “As a consequence, treatments that show promise in mice often fail to provide benefit in humans or large animals. In contrast, treatments that work in a pig model of skin injury would be far more predictive of lasting benefit in humans.”

A new facility unique to Canada

On March 3, 2021 all of that was about to change. Biernaskie, Kallos, and their interdisciplinary team were awarded $1.8 million by the Canada Foundation for Innovation (CFI) for the creation of the Centre for Cell Therapy Translation (C2T2).

The C2T2 will leverage UCVM’s unique expertise in large animal medicine and existing infrastructure for large animal surgery and housing, to enable rigorous evaluation of cell-based or pharmacologic regenerative therapies in large animals that better represent human disease. Essentially this provides researchers with a lab setting to test new treatments on animals that better represent humans before testing them in a clinical setting. These include treatments for osteoarthritis, cardiac disease, diabetes, and wound healing.

Biernaskie explains that the C2T2, which will be co-located in UCVM and SSE, will help develop systems to scale up promising technologies to clinical trials. But maybe more important, they’ll be able to quickly tell when things don’t work. He explains that there is currently a huge bottleneck of treatments that look promising on a laboratory scale but haven’t been able to bridge the evidence gap needed to scale up to clinical trials. Eliminating the ones that don’t show promise frees up time and funding for the ones that do.

Ultimately the goal is that the C2T2 will provide the evidence needed to secure not only the approvals from Health Canada and other regulatory bodies to move forward with clinical trials for promising treatments, but also the investment.

“Funding clinical trials for these kinds of treatments is incredibly expensive,” says Biernaskie, “but being able to provide pre-clinical evidence that therapies work not just on mice, but large animals, will make securing that funding much easier.”

Biernaskie is excited about the promise the C2T2 holds for research into new treatments and therapies, but he’s also looking forward to what this means for advancing his current research into skin regeneration, which is supported by the Calgary Firefighters Burn Treatment Society.

“All of this work is incredibly collaborative and includes expertise from a variety of disciplines,” he says. “The funding and support provided by Calgary Firefighters is a large part of the success we’ve had, particularly in catalyzing a bridge between the laboratory and the clinical experts that are most familiar with patient needs.”

“We could not be prouder of the achievements of Drs. Biernaskie and Kallos,” says Thomas Kerr, president of Calgary Firefighters Burn Treatment Society. “We are happy to have played just a small part in their continued success and wish them well going forward.”

The University of Calgary’s multidisciplinary Engineering Solutions for Health: Biomedical Engineering research strategy drives solutions to our most pressing health challenges in disease and injury prevention, diagnosis, and treatments. Our biomedical engineering researchers make a significant impact in our communities by extending lives, improving quality of life, promoting independence, and continuously improving the health system. 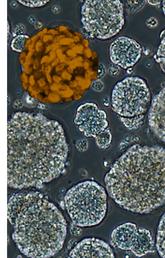 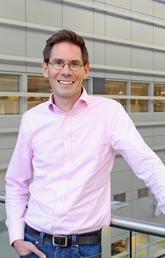 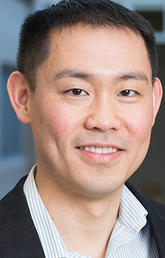 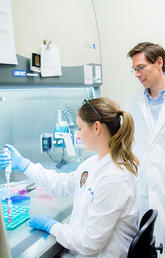 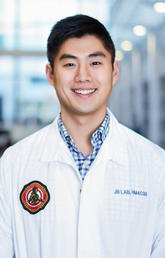