The people who rise above the cut to win a Top 40 Under 40 honour from Calgary-based Avenue Magazine are — simply put — highly motivated initiators of change, always ready to start something new and exciting.

To be one of those influential honourees, you must possess some — if not all — of these traits: drive, innovative mind, agility, speed, persuasiveness and charisma, mixed in with seemingly boundless amounts of ambition. Which is precisely why the University of Calgary is thrilled that, of the 42 recipients who will be toasted tonight at the Eau Claire Tower — 18 have links to UCalgary, including new Chancellor Jon Cornish.

Always a Top 40 fan, UCalgary President and Vice-Chancellor Ed McCauley is once again inspired by this year’s honour roll.

“Calgary’s top young changemakers, creators and executives include many of our accomplished UCalgary faculty, staff and alumni who are paving the way for the future,” he says. “Diverse individuals come from across the globe to UCalgary so they can start something, discover something, disrupt something or even invent something, and the courage of these talented UCalgary changemakers is worth celebrating.”

From career highlights and guilty pleasures to favourite profs and embarrassing moments on campus — discover more about these impressive honourees with UCalgary connections in the following three-part series.

For nine seasons, Jon Cornish was a running back with the Calgary Stampeders, winning the Lou Marsh Trophy as Canada’s Top Athlete, before becoming an investment advisor at RBC Dominion Securities. Along the way, Cornish founded a non-profit organization, the Calgary Black Chambers, to help support young BIPOC professionals. As chancellor, Cornish intends to embrace the Calgary Black Chambers’ core values of mentorship, scholarship, fellowship and advocacy. Read the Q&A.

Here, in a nutshell, is what Mark Blackwell has accomplished since graduating from UCalgary in 2011: In 2014, he moved to Silicon Valley and became COO of GNS3 Technologies, rebranded the company, launched its online community, and then sold it in 2015 to a publicly traded U.S. firm for $32 million. Along the way, he got married, travelled for a year, had a baby boy, returned to Calgary, and began working with an international venture fund, Builders VC. Read the Q&A.

Lawyer and UCalgary instructor Brendan MacArthur-Stevens has always been driven by a simple rule: if he sees something wrong in the world, he feels compelled to fix it. His career highlight occurred in 2018 when, on a pro bono basis, he represented the Centre for Sexuality at the Alberta Court of Appeal in a successful attempt to keep the province’s protections for gay-straight alliances in place. As a member of the gay community, he is also a co-founder of the Calgary Trans Legal Clinic. Read the Q&A.

Not only does Katie Smith-Parent’s portfolio at Spartan Controls Ltd. include business development in support of energy-diversification, but she’s also an extraordinary volunteer. As executive director of the Alberta-wide organization Young Women in Energy (YWE), Smith-Parent is also board director of Axis Connects in Calgary — organizations both dedicated to championing women. Read the Q&A.

After founding the non-profit Canadian Cultural Mosaic Foundation at the age of 19, Iman Bukhari’s volunteer-run organization (powered by millennials and Gen-Z’ers) has worked to improve race relations across Alberta and Canada through education, technology and the arts. Whoever the audience, the connection, Bukhari says, always begins with a “meaningful dialogue . . . one that has no other motive than a passion for the greater good.” Read the Q&A.

Meet the entire 2022 cohort of Top 40 Under 40 honourees at Avenue Magazine. 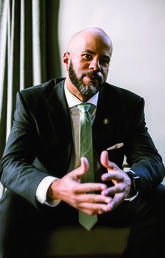 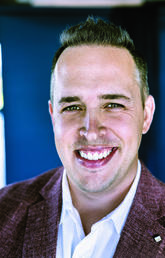 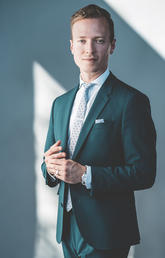 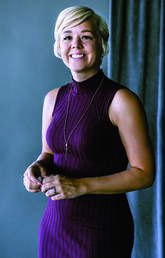 How an average student became a superstar scientist 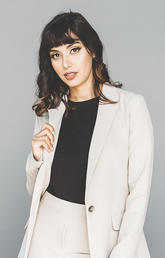 Community entrepreneur and activist is motivated by the greater good