Ryan Ransley’s blood sugar crashed the day he was born. His endocrine system that regulates hormones doesn’t work the way it’s supposed to. A few days later, the little boy born with cataracts and a cleft palate was diagnosed with Hirschsprung disease in his intestines. Now four, Ryan has also been diagnosed with neurological problems. What his parents want to know is why all this is happening to their son.

“He is quite disabled,” says his mom, Fuyo Amy Watanabe. “He doesn’t walk, he’s non-verbal and he’s functionally deaf and blind. We think that’s related to the neurological problems because his eyes are clear. He should be able to see with glasses but he’s not making any sense of the signals.”

Ryan, one of about a million Canadians living with an undiagnosed genetic disease, will be part of a new Canadian study to identify the genetic causes of thousands of rare diseases. Called C4R-SOLVE, the project builds on the work of the Care4Rare Canada Consortium, a collaboration of internationally recognized researchers from four institutions: University of Calgary, Children’s Hospital of Eastern Ontario Research Institute, the Hospital for Sick Children and University of British Columbia.

Ryan Ransley is one of about a million Canadians living with an undiagnosed genetic disease.

It will start with DNA from a blood sample from people with the rare disease and their family members. The study will identify all three billion genetic letters in each person’s genetic code, look at how genes are transcribed, how they function and what proteins and chemicals they produce.

“Genetic sequencing is one approach to gathering data but we have other approaches that might give clues about what the patient has,” says Bernier. In some cases, a diagnosis of a rare genetic disease can lead to a therapy. “It’s the beginning step. Once you understand the cause, then you start understanding the biology and then you drive to therapy.”

But even if no therapy exists, a diagnosis is crucial for families. “One of the hardest things about being undiagnosed is that you don’t have that community of other parents,” says Watanabe. “What Ryan has is so rare that if they do find the cause, he’s going to be one of a handful of people with the same diagnosis. But even if there’s nothing in the medical literature, finding another family that is a few years ahead of him would be huge for us. We want to see what path he’s on and understand what his future may hold.”

The study may eventually help countless other families around the world. “There are likely thousands of genes that contribute to more complex diseases — inflammation pathways, obesity, cancer — they aren’t rare diseases but genes also predispose people to these things,” says Bernier. “Our ability to understand the cause of rare diseases is eventually going to help us understand more common diseases.” Another component of the study is examining how to implement genetic sequencing technologies into the health care system, speeding up diagnoses, improving care and reducing costs.

As C4R-SOLVE gets underway and doctors “try to get a handle” on Ryan’s diagnosis, his mom took him skiing for the first time last weekend.  “We are a skiing family. I was very excited to be able to do that with him. He really doesn’t have much communication but he smiles and laughs a lot and I will do almost anything to make him smile.”

Dr. Francois Bernier is a professor in the departments of Medical Genetics and Paediatrics and is a member of the Alberta Children’s Hospital Research Institute in the CSM. 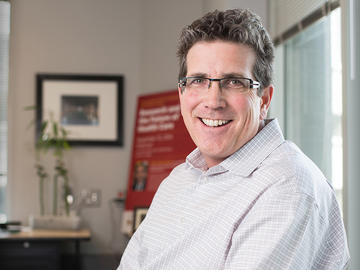 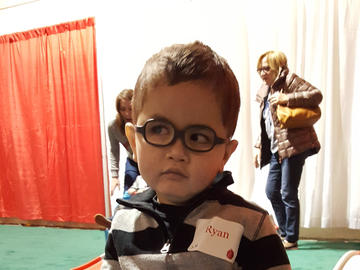