Study to involve scientists and clinicians across Canada

Every year, over 30,000 Canadian babies are born prematurely, resulting in an estimated cost of $8 billion to the health-care system and even greater costs to families. Premature infants, or preemies, are at increased risk of lifelong diseases and treatments and the lungs are among the most compromised of their organs.

Until now, it has been accepted that there is potential for reduced lung function and structural damage to the lungs caused by medical practices needed to support respiration. However, evidence shows that babies who do not develop lung damage are still at increased risk of asthma, indicating that other variables impact this risk.

Exciting recent findings from studies with babies show that the large community of microbes in the human gut have a role in asthma development. However, despite their heightened risk of asthma and the microbiome alterations linked to prematurity, no clinical study of the microbiome and asthma has studied premature babies — until now.

“Leveraging a world-class pan-Canadian team of microbiome experts, both at the International Microbiome Centre and nationally, and an established cohort specifically designed to study the microbiome and asthma, this team grant will be the first to unravel microbiome-asthma linkages in the highly vulnerable premature infant population,” says Arrieta, an assistant professor in the departments of Physiology and Pharmacology and Paediatrics and member of the Snyder Institute for Chronic Diseases and the Alberta Children’s Hospital Research Institute at the CSM.

“We will now be able to monitor clinical and environmental exposures unique to the neonatal intensive care unit (NICU) to help us investigate how the known alterations in the gut microbiome of premature babies contributes to airway inflammation and asthma later in life,” she says.

“Collaboration on this project is key to its success,” says Arrieta, who is also a co-investigator on another team grant based out of Sick Kids in Toronto.

Dr. Arrieta tours the microbiome exhibition at the Canadian Museum of Nature in Ottawa.

Cynthia Munster, for the University of Calgary

Arrieta adds the study not only benefits from unique microbiome expertise, but also from having direct access to a state-of-the-art germ-free facility at the International Microbiome Centre, at the University of Calgary. It also has access to a pan-Canadian interdisciplinary research core called IMPACTT — led through UCalgary— that will allow the team to help design probiotics to be tested in NICUs that already use probiotics every day.

“Not only does this increase the likelihood of bench-to-bedside discovery, but this study has the potential to identify microbiome-based therapeutics to both decrease, and even prevent asthma, improving health outcomes for the thousands of premature children born in Canada every single year,” she says.

The Government of Canada, through the Canadian Institutes of Health Research (CIHR), in partnership with Mitacs and JDRF Canada, are providing the funding to the research teams. Dr. Arrieta’s research is also supported by the Alberta Children’s Hospital Foundation.

The International Microbiome Centre at the University of Calgary is a translational research centre designed to investigate the microbiome of humans, plants, animals and the physical environment. Together, world-class microbiome researchers, advanced technologies and relationship building are positioned to spark groundbreaking discoveries that harness the healing power of the microbiome

The Integrated Microbiome Platforms for Advancing Causation Testing and Translation, or IMPACTT, includes a cross-disciplinary group of investigators made up of microbiologists, immunologists, epidemiologists, clinician scientists, ethicists, sex/gender champions, and computational biologists from British Columbia, Alberta, Saskatchewan, Ontario, Quebec, and Nova Scotia and is led by the University of Calgary. 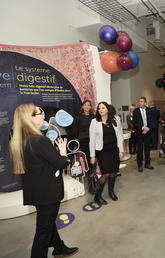 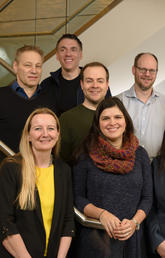 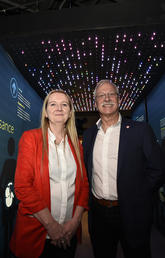 Microbes take over the Canadian Museum of Nature